Too Close to the Edit 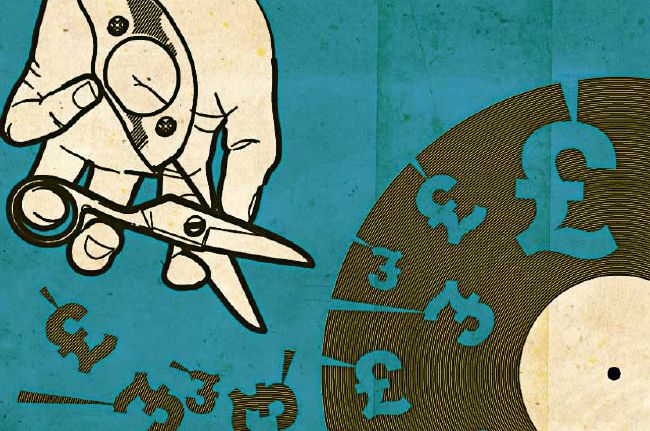 [From the vaults: a piece for Red Bull Music Academy’s The Daily Note, 2010]

Forget ‘here’s three chords, now form a band’. At the moment, it’s more like: here’s an Ableton crack and a K-Tel disco LP, now go and forge a career in underground club music. Welcome to the weird world of disco edits – a magpie DIY genre that has sprung up and swamped the scene because of the ease with which record collectors and DJs can now access powerful music-editing software. These days, you can rip a track, cut it up, fuck it up and be playing it out to your Saturday night crowd all at the same time. Creative jocks are making the most of this development by presenting clubbers with unique collages of music that they won’t hear anywhere else. Other, less imaginative, knob-twiddlers are exhuming feeble disco obscurities that should have been left to rest in peace, adding a few naff tweaks and then pressing up a thousand twelves without so much as a by-your-leave to the original artist. They are like the paunchy uncles of the Noughties mash-up scene: the software is similar but these guys are serious. This is the rare disco mafia and they are here for your wallet.

In the last few years, the few remaining DJ-friendly record shops in the UK have been flooded with these modern-day bootlegs. As well as the re-hashed rarities that fly out, good or bad, because the originals are £50+ on the second hand market, there is also a glut of re-issued classics that have been randomly hacked about in the hope of providing a new slant on an ancient ‘anthem’ that no one ever needs to hear again. These edits in particular are often so bad they can put you off your own record collection. I recently stumbled across a version of Bowie’s Moonage Daydream that sounded as though Edward Scissorhands had gone postal on the Ziggy Stardust reels before attempting, shamefacedly, to gaffer tape them all back up again. Yours, if you’re interested, on a one-sided twelve, for a mere £9.99.

Choice items such as these are lapped up in the shop I work in by a loyal customer base I’ve come to think of as the Disco Dads – a coterie of suave, Barbour Jacketed forty-somethings who blanche visibly at the phrase UK Funky. One such punter came in the other day to try out the latest edits haul. He’d been propping up the decks, bumping through the new releases for about an hour before he suddenly ripped off his headphones, asked for the time and shouted, ‘Shit! I’ve left me toddler in the car!’ Not to worry, sir, at least you’ve secured your copy of the ultra-limited, hand screen-printed and numbered Muffled Sock Edits Vol 318 by Søme Scåndinavian Chåncer.

It must be noted, however, that dance music has a proud history of edits and mash-ups, and it’s often been this very practice that has ushered in new, exciting times for the genre. If you think of Tom Moulton’s first reel-to-reel and razor blade experiments or Kool Herc’s break-splicing turntablism it’s obvious that primitive edits by greenhorn producer-DJs make up some of the world’s most loved club records. The DJ Erens mix of You Got The Love, for instance, is an audacious mash-up that became a world-conquering classic way above and beyond the two tracks it comprises.

And it’s true, there are some compositions that benefit from a sensitive rework. George McCrae’s ‘I Get Lifted’ and JJ Cale’s ‘Ride Me High’ are two examples of tracks recently popularised by edits culture. Both fade harshly, in their original form, around the three-minute mark, leaving you and your dancefloor wanting more. In recent years, Mischief Brew, Joakim and Todd Terje have all released arrangements of these songs that do not intrude on the atmosphere of the original but artfully build the groove over seven or eight minutes, allowing humble bar DJs, such as myself, plenty of time to nip off for that all-important midnight widdle.

Unfortunately, though, to some people, doing an edit involves little more than hurling an innocent wav file into Soundforge, hitting time-stretch and dropping in a kick. And this is why we are drowning in mediocre records put out by uncreative opportunists, whose only real gifts lie in the art of self-promotion and online myth-making.

I wouldn’t want to argue that the current accessibility of music software is a bad thing. I love Ableton and have been known to disappear into it for days at a time. But now that the ‘perspiration’ element has been taken out of this aspect of music-making we all need to remember the ‘inspiration’ part of that old adage. Be discerning about what you edit and how you edit it. And if you really can’t do that, maybe it’s about time you sat down and learned those three chords.